The tradition started in Roman times, where wheat was thrown on the couple after the nuptials as a symbol of fertility.

Once wheat became too expensive, rice was used instead … and the tradition stuck.

Then enters the Urban Legend that rice will cause a bird’s stomach to blow up. Apparently you need to visit some rice farms, because birds EAT rice! They eat almost anything.

Have you ever been pelted by tiny little hard pebbles? That’s what rice or birdseed feels like. It hurts. And these itty, bitty, little hard particles of fun, get stuck EVERYWHERE. Down your strapless dress, in your expensive coiffed hair, your veil … you get the picture.

Don’t forget the aftermath on the ground after the tossing is all done. What do you think could happen with a bunch of birdseed on a smooth surface and then grandma walks across on it wearing her slick dress shoes? That’s right! Slip and fall!

So when I talked with Laura Kirtley today on Local 7 Lifestyles on the recap of her beautiful wedding that took place on November 16, 2013 … she told me the guests tossed birdseed for the wedding exit out of the church. She admitted that she remembered me mentioning not to do this in a previous wedding planning segment.

She said it was painful. There was birdseed stuck under her dress on her stomach that she didn’t find until later that night when taking off her dress. She couldn’t smile because she said she had birdseed stuck in her teeth and mouth. 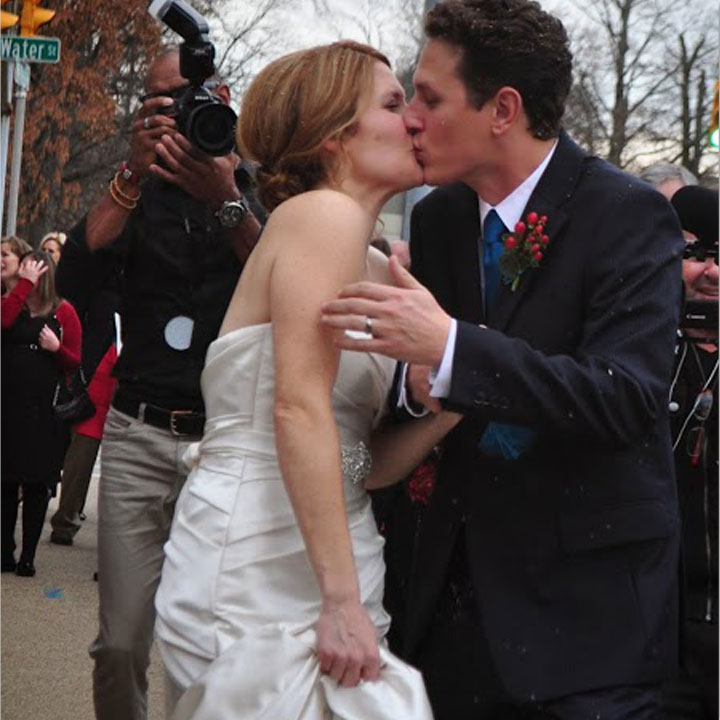 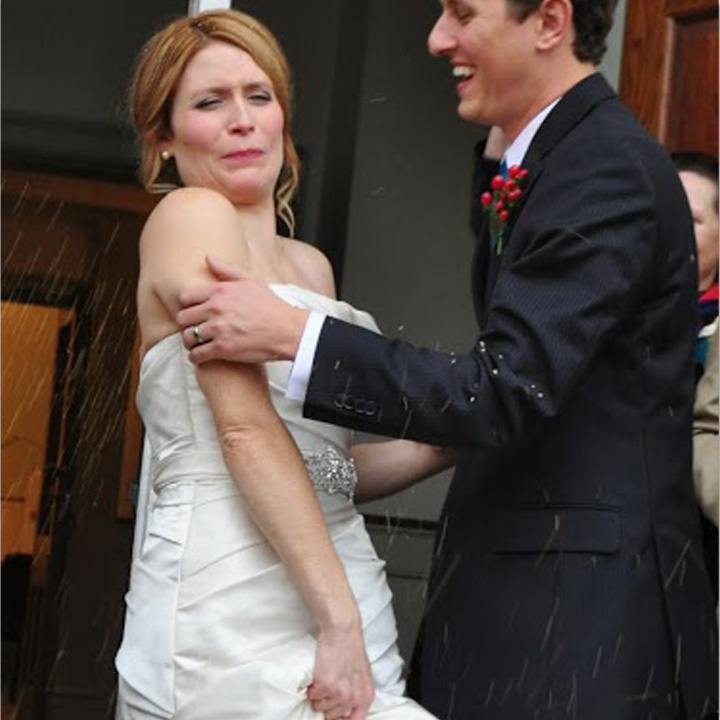 So please, if you aren’t going to listen to a seasoned wedding planner, then listen to this real bride. There are many other options to consider for your ceremony send-off:

… and more! What did we leave out? And thank you Laura for sharing your story and photos … you’re a great sport and you were a lovely bride.

UPDATE: It’s gets better … you can see her sneak peek video of her wedding … the part of when they come out of the church is in the beginning.

4 thoughts on “tossing birdseed at your wedding”