A wedding buzz tip for you! Complete your outside tent with a liner, it’s the finishing touches you will want!

On Friday we launched our fabulous, year-in-the-making Behind the Scenes video.

But here is the best part. The Blooper Reel……  let us know what you think!

There are no words.

Last week I attended The Special Event, a trade show/conference that is worldwide for event professionals, in beautiful Tampa, Florida. I have to admit, it was nice to wear sandals and see the sun shining!

Not only did I get to speak at one of the training sessions, I was able to attend some of the special events and walk the trade show floor for several days. Look out … I took lots of photos and came up with great ideas for our local weddings.

The best part of this week was reconnecting with industry friends and sharing ideas. Social media has truly bridged a gap that makes people living miles apart, obsolete. It was great to meet up with people who I have been talking with for years, but never actually met in person. Thank you twitter and facebook.

So, true to form, my posse, Kelly McWilliams with Weddings by Socialites and Kelly Spalding with Perfectly Placed (and many others….) documented our epic journey through the week … it’s all here, hope you enjoy!

ps NEW found respect for videographers. All these photos were shot by iPhones so some of them are grainer than others. But this took me all afternoon to edit. It’s all in the editing …. lots of time.

If you are sick of seeing me post about my aha moment, then you are in good company. Because I’m just about tired of writing about it. I’ve talked about it here, here and (sigh) here.

But at the same time, kinda proud.

My video was selected (thanks to all of you) as the last 25 finalists to make the NATIONAL COMMERCIAL in 2010. Only 10 videos will be selected for the commercial.

Cool, huh? It is, but I have beg all of you to vote, one last time.

Swear, I will not join a contest for at least 10 months. I had no idea when I taped it this summer that I would end up here.

It only takes a moment. YOU DO NOT HAVE TO SIGN UP (thank goodness). Simply click on this link and you will see my aha moment video and click vote! I even got my own URL: http://ahamoment.com/vote/saundra

Super, duper appreciate it and I hope to make it and represent all the wedding professionals out there !!!

Remember this this blog post talking about the super-cool aha moment tour that went around the country to different cities? Even though I received an email invite, I went on a whim and simply spoke from the heart.

On Monday this week, I received this email from the tour’s PR people:

On behalf of Mutual of Omaha, thank you for participating in the 2009 aha moment tour. You were part of more than 1,000 people who shared their inspiring stories with us. Because of the overwhelming response to the aha moment tour, we have decided to ask the general public to pick their favorite moments – the final 10 of which will become Mutual of Omaha’s 2010 national TV commercial campaign.

Congratulations! Your story has been selected as one of the semi-finalists. Your aha moment will appear alongside 74 others on http://www.ahamoment.com/vote , where visitors to the site will have the chance to vote for their favorites.

The first round of voting will begin on October 1st and continue through October 15th. After the first round, the top-25 vote getters will win a Flip video camera and move on to the final round of voting, which will end on October 31st. The top 10 favorite aha moments will be featured in Mutual of Omaha’s 2010 nationwide TV ads, which will begin airing early next year.

If you don’t wish to participate or be considered in the online voting please respond to this email and let us know. If you are interested in participating in the survey, however, we encourage you to tell your family and friends to go to http://www.ahamoment.com/vote starting October 1st and vote for your aha moment!

Good luck! Regardless of the outcome, we hope that the campaign, using real stories from real people just like you, will inspire others to realize and act upon their own aha moments.

I’M A SEMI FINALIST!!! I’m so excited and think this is such a great honor to represent my city and my profession.

So…..on OCTOBER 1ST (next Wednesday) I will be asking for YOUR vote. And if I make the cut down to the top 25, I will shamelessly irritate you some more and ask you for your vote again on OCTOBER 15th.

They won’t have the all the semi-finalists up until Wednesday, but if you wish to see my segment, check it out. 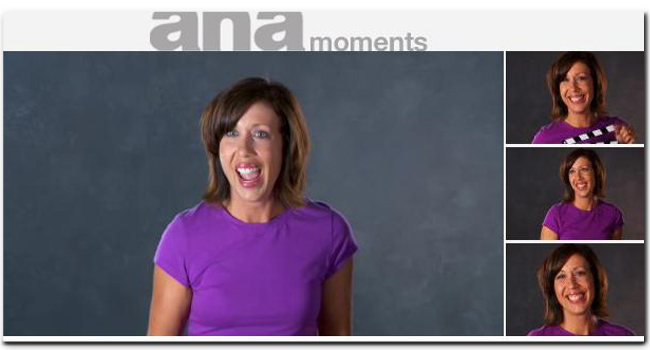