Have you heard of HJR6? If you think it sounds like a virus you wouldn’t want to contract, you’d be close. It’s the acronym for House Joint Resolution 6 for the State of Indiana. And here it is:

House Joint Resolution 6 is a proposed amendment to the Indiana Constitution which states: “Only marriage between one(1) man and one(1) woman will be valid or recognized as a marriage in Indiana. A legal status identical or substantially similar to that of marriage for unmarried individuals shall not be valid or recognized.”

At first glance, people may think this is just about same-sex marriages, but it’s not  (although that is an important issue). It is on the path for the first time in Indiana’s history, when our state’s constitution is amended to take away rights, rather than to grant them.

Note: HJR-6 must pass through the House and Senate again in 2013. If it passes, unaltered, it will be on the ballot in 2014. This means that Hoosiers will cast their vote either for or against HJR-6 as it is written today. *More info here

Here are my points of this resolution that should make us all quiver a little:

Indiana already has a law that prohibits same-sex marriage, however recent polling shows that 45% are in favor of same sex marriages.

Whatever your personal beliefs, passing almost any amendment as a part of the state’s constitution should be meant with opposition. Make a law, not a permanent amendment. This stops our future generations to change their minds. Don’t we have enough government in our social affairs? Luckily our Mayor Winnecke along with many other mayors, businesses and universities have opposed HJR6. Our own Evansville City Council wants to formally file a resolution opposing and is in fact meeting tonight at 5:30pm for a meeting.

Don’t just sit there. Please send an email if you too oppose HJR6. But do it fast … the 2014 legislative session is drawing near.

State Representative Gail Riecken (also happens to be one of our previous Mother of the Bride’s … shhh!)

what wedding traditions should you keep? part five/finale 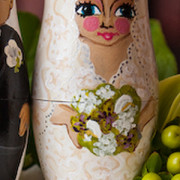 what wedding traditions should you keep? part four 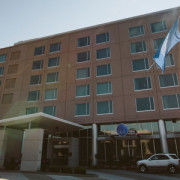 tips on securing your wedding gifts at reception 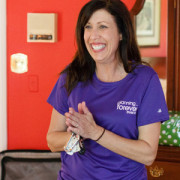 perfect is a four-letter word for your wedding

update on 2009 Entrepreneur of the Year award 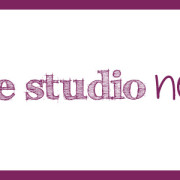 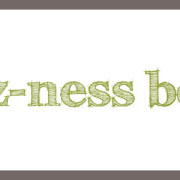 keep warm at your winter wedding