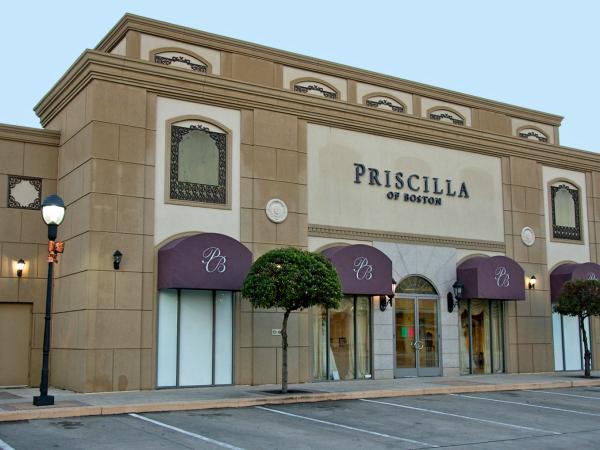 In case you haven’t heard, Priscilla of Boston in Edina, Minnesota had their own little “trash the dress” party right before the end of the year.

You see David’s Bridal, who owns Priscilla (a bridal boutique), decided to close all of their store locations after 65 years in the business (thank you again, economy).

So with the doors closing, what do you do with the extra inventory? Apparently you bring the beautiful dresses out back and spray paint them with orange paint so they are never wearable. Now, you may ask yourself, why not donate them to a charity? Great question.

A spokesman from POB said that the dresses that were destroyed were old, tattered floor samples that needed repairing AND some labels contractually did not allow for them to be donated (this is me, paraphrasing. You’re welcome).

Who are these labels? A bystander said they found a $6k Vera Wang dress that was beautiful, BEFORE the orange paint, of course. I dug deep in the comments of the major news sites that were covering this story. On commenter (who worked for POB) said that they sold all the Vera Wang dresses by October 2011.

So who is right and who is wrong? Here’s my opinion (did you think you wouldn’t get one?):

What’s your point of view on this subject? Let’s hear it!

3 thoughts on “wedding dresses destroyed. what the hell?”

This website uses cookies to improve your experience while you navigate through the website. Out of these, the cookies that are categorized as necessary are stored on your browser as they are essential for the working of basic functionalities of the website. We also use third-party cookies that help us analyze and understand how you use this website. These cookies will be stored in your browser only with your consent. You also have the option to opt-out of these cookies. But opting out of some of these cookies may affect your browsing experience.
Necessary Always Enabled

Performance cookies are used to understand and analyze the key performance indexes of the website which helps in delivering a better user experience for the visitors.

Analytical cookies are used to understand how visitors interact with the website. These cookies help provide information on metrics the number of visitors, bounce rate, traffic source, etc.

Advertisement cookies are used to provide visitors with relevant ads and marketing campaigns. These cookies track visitors across websites and collect information to provide customized ads.

Other uncategorized cookies are those that are being analyzed and have not been classified into a category as yet.

SAVE & ACCEPT
Scroll to Top